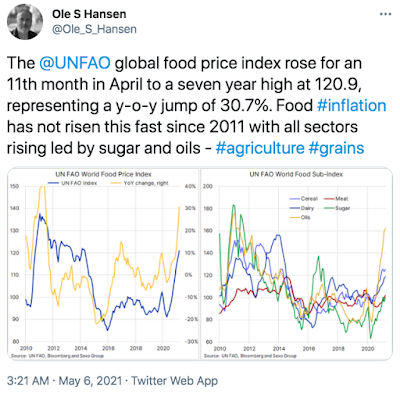 Click the images (above and below) for a larger view.  Note the steepness of the rise in the graphs he provided. 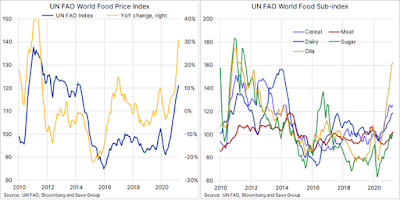 Keep inflation in the front of your mind.  Mr. Hansen identifies a current year-on-year food inflation rate of 30.7%.  That’s frightening – but not unexpected.  It may get much worse.  As I’ve said here repeatedly, we’re in for a severe dose of inflation, possibly even hyperinflation (which may or may not be “transitory”, as some observers have hopefully suggested).

Look for evidence like that provided by Mr. Hansen.  The mainstream media may ignore it, but we do so at our peril.  It’s easier to prepare for a problem (as best we can, anyway) when we can see it coming, than when it catches us unawares.  I fear most Americans will be caught unawares, because most mainstream media and most politicians are maintaining a deafening silence about what’s happening.