Yesterday 37 servicemen were killed in the crash of a Boeing CH-47 Chinook helicopter (almost certainly the MH-47G Special Operations version) in Afghanistan. The majority of them were from the United States Naval Special Warfare Development Group, commonly known today as DEVGRU and formerly as SEAL Team 6. Others included several US Army helicopter crew from the 160th Special Operations Aviation Regiment, proudly known as the ‘Night Stalkers’. 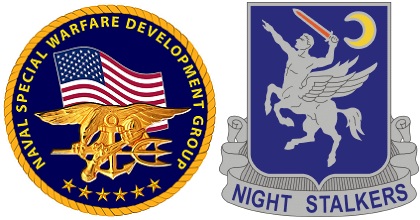 There were also seven Afghan Special Operations personnel, and an unidentified US dog-handler and his animal.

This will be a devastating loss to the tight-knit Special Operations community. It won’t stop their operations, of course; but DEVGRU and 160th SOAR personnel are the ‘cream of the cream’. All their members must prove themselves operationally in other, less demanding environments before being selected for these elite units. It’ll take some time to replace men of so high a caliber.

Across the USA tonight, and in Afghanistan, the families and comrades of the dead men are mourning their loss. Say a prayer for the living and the dead. We sleep more safely in our beds because these men, and their comrades in arms, routinely put their lives on the line for us. Sometimes they must pay a heavy price for their dedication. 37 of them paid it yesterday.

Brothers, we who have served, even in lesser units, salute your sacrifice. We shall not forget you.