One of the scariest things about our current high-inflation environment is the number of people I meet who keep on thinking (and saying) that “Somebody must do something!”  I’m not sure who that “somebody” is supposed to be (most seem to assume it’ll be the government), or what, precisely, they can do to fix things:  but an awful lot of people are bitterly complaining about current events and demanding that someone else fix their problems.

It’s long gone time we faced up to reality.  “Someone else” has already caused the problems that have landed us in our present economic crisis.  We’ve written about them here often enough, and I won’t bother to repeat all those things again.  If you need a reminder, for one controversial but bluntly realistic analysis of the current mess, see Capitalist Eric’s views.  He talks about all sorts of factors around the inflation issue, but all of those factors are what gives rise to the inflation issue, so they’re all relevant.

The situation has gotten so far out of control that it’s time for all of us to get real.  Nobody, repeat, nobody has any immediate or short-term solution to the mess we’re in.  It’s going to last, not months, but years.  It’s going to be driven by economic and political factors, all of which are going to exacerbate a climate of uncertainty that’s going to affect us all, whether we like it or not.  That’s the reality – a reality we’re no longer facing;  we’re actually already in it.  It’s no good looking for help from outside.  We have to take stock of our own situation and do for ourselves whatever we can to get through this mess. 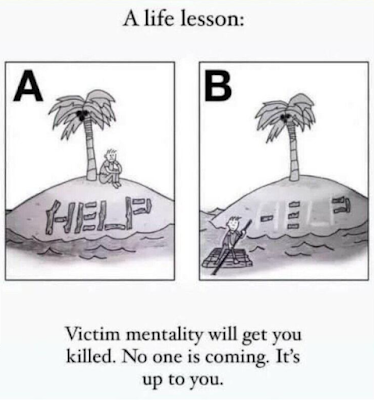 Let’s start by taking a long, hard look at where our money is coming from, and the cost of what we buy with it.

White-hot inflation has forced the average American household to cough up an extra $460 per month, as surging prices for food and fuel put family budgets across the nation under strain.

Moody’s Analytics senior economist Ryan Sweet calculated the figure based on data released Friday by the Bureau of Labor Statistics that showed the Consumer Price Index had jumped 8.6% in the 12-month period ending May 31 – the largest increase since December 1981.

“Having inflation at 8.5% on a year-ago basis, compared with the 2.1% average growth in 2018 and 2019, is costing the average household $346.67 per month to purchase the same basket of goods and services as they did last year,” Sweet told The Post. “However, the pure cost for households for having inflation running at 8.5% is $460.42 per month.”

There’s more at the link.  Bear in mind, too, that those numbers are calculated using the official (and inaccurate) rate of inflation.  As we’ve discussed many times in these pages, the actual inflation rate is at least double that, and probably rather higher.

Has your income increased by that amount per month over the past year?  Bear in mind, we’re talking about disposable (net) income, not gross, pre-tax income.  If the latter, we’ll need to be earning $700 to $800 more per month to net, after deductions, that $460 figure.  If your income has grown to match the need, congratulations.  Most of us can’t say the same.

That means we have to take an axe to our budgets.  Far too many people are still buying all that they want, rather than what they actually need.  Even when they cut back, it’s not really a cutback at all.  Example:

So the suburban Chicago school teacher was excited when he spotted it on sale at his local grocery store: two packages for $8.

“I went to grab the package and I was like, ‘Wait a second,'” Watkins recalls.

He was surprised to find a package that once held 12 cans of sparkling water had been downsized to 8 — with no change in price — a common practice known as “shrinkflation.”

(Actually, it’s even worse. The package is 33% smaller, but the remaining cans are 50% more expensive.)

Frustrated, Watkins put the LaCroix water back and fired off a tweet. Later, he bought store-brand sparkling water at Trader Joe’s for 79 cents a liter.

My question is:  Why the heck is he buying sparkling water at all?  It’s an unnecessary luxury.  Why not make do with regular water?  In many places, tap water is just as clean and just as good-tasting as bottled, and you can run it through a soda siphon if you want it gassy.  If you want to improve the taste even further, why not install an under-sink or whole-house water filter?  It turns every drop out of your tap into purified water, the same as you buy in plastic bottles for a premium price from your supermarket.  What you save on bottled water will pay for your new filter within a few weeks or months, and from then onward you’ll save money every day.  Just save and wash and reuse your old bottles, and Bob’s your uncle.  Miss D. and I installed this whole-house water filter three years ago, costing less than $20.  A replacement filter costs us about $5, every three months.  Since buying it, our purchases of bottled water have been minimal – basically, just for road trips or picnic use.  What’s not to like?

Let me give another example from our recent experience.  We’ve had workers building and upgrading various aspects of our property for the past three months.  It’s been our practice to make sure they have cold drinks available, because if the workers are happy, they do good work.  Gatorade has proved a popular choice in the heat of a Texas summer;  but to buy 20 ounce bottles of the stuff works out at over a dollar a bottle.  By buying cans of Gatorade powder and mixing it ourselves in washed-and-sanitized Gatorade bottles, we’ve brought the cost down to less than a fifth of that;  and our workers don’t seem to have noticed (or cared about) the difference at all.

Those are just a couple of examples where savings can be realized.  There are many, many more.  You’ll have to go through your own shopping list to see what can be cut back or substituted.  Examples:

Another factor is that we need to be willing to make hard choices about our lifestyle.  This includes where we live and how much we earn.  Let’s take housing as a core example.

In terms of rentals, the average cost in the US has exploded to $1300 per month for people that stay anchored to a location, and $1900 per month for people that relocate. This average is of course partially pushed up by the ridiculously high prices in major coastal cities like San Francisco (up 22% year over year), Los Angeles (up 297% since January 2000) and New York (up 159% house price inflation since January 2000).

An individual today must make at least $20 an hour to afford a single bedroom apartment. Consider that over 30% of Americans are paid less than $15 an hour (before taxes).

Nearly half of the American population doesn’t make enough money to maintain a one bedroom rental. The vast majority of Americans will find it impossible to buy a home at today’s prices.

On average, an annual salary of $105,000 is recommended before taking on a mortgage for a $350,000 house. And keep in mind, as the inflation crisis accelerates the Federal Reserve will raise interest rates – which pushes up mortgage costs. So where does this leave us? It only gets worse from here.

Does that describe your housing situation?  It’s accurate for more than half of all Americans right now – yet most of them continue to stay where they are, slowly going bankrupt as increasing housing (and other) prices eat them alive.  WHY???  Why not move elsewhere, where your income may be lower, but the cost of living will be lower still?  In more rural parts of the country, houses are vastly cheaper than in the big cities, and still relatively freely available.  Rentals are also more reasonable.  If your housing cost is half or a third of what you were spending before, and you aren’t spending hours stuck in (and paying for) commuting hell, a lower salary may actually provide more disposable income every month than what you were earning in the big city.

Young couples and families also have more options by doing that.  I’ve watched with interest the progress of a young couple who live a few miles from my home.  They bought a rural plot of land a couple of years ago, installed electricity and a sewer connection, and moved into a small 20ft. travel trailer.  Slowly, steadily, they saved everything they could, until they could afford a relatively small (probably 400-500 square foot) utility building.  They did a lot of the work of building it themselves.  That’s become their living area;  they’re still sleeping in the trailer, out back.  They’ve paid cash for everything, have no mortgage, and are now saving to expand the utility building into a proper house in due course.  It makes me happy every time I drive past their place, to see a young couple starting out the right way and supporting each other as they build their lives together.  It’s heartwarming – and they aren’t crippled by housing costs.  Good for them!

Let’s look at transport.  I don’t need to tell anyone how bad fuel prices are . . . and they’re going to go higher.  Some are predicting $10/gallon gasoline and diesel by the end of the year.  I hope they’re wrong, but the past few months give us real cause for worry.  Some of that has been caused by deliberate policy decisions on the part of the Biden administration:  some has been affected by international pressures such as the war in Ukraine.  Expect that to get one hell of a lot worse if the burgeoning conflict between Iran and Israel “goes hot” – which it may do at any time.

We already know the Israelis been killing some of the Iranian nuclear guys.  The cameras turned off at the enrichment plant in Iran, and Israeli military is practicing for a attack on Iran.

SO what doe this mean?  Well this could very well likely open another front , and cut off the Kuwaiti, Saudi, Bahraini, UAE oil flow.  Cause no insurance company will cover the ship in a war zone or at a very high cost.

Meaning that oil will go to the moon for prices, which also means that raw  materials made from oil, like plastic, rubber etc will be scarce.  Food packaging, lubricants etc…  Not to mention fuel.

More at the link.  The author recommends investing in a bicycle for emergency local transportation.  I’ve heard worse ideas . . .

Miss D. and I are already taking a long, hard look at where and when we drive, and for what reason.  We’re consolidating individual trips into fewer, slightly extended journeys, to save gas;  and if things get really bad, we’ll park our highest-fuel-consumption vehicle and use only one.  We occasionally take long road trips to book conventions, which are important for our books and income from that source;  but we’ll be cutting back on those, too.  They may become unaffordable next year.  It’s a question of juggling priorities and demands on our resources.

I’ve discussed only a few ways of coping with inflation.  There are many more.  The biggest and most important thing is for people to:

Far too many of us (including myself) are not yet doing that in all the ways we can.  It’s got to become a daily discipline.  We have to look at fiscal reality, and make the hard choices.  If we don’t . . . we won’t make it through this crisis.  It’s as simple as that.