The BBC reports that the stones used in the sport of curling at the Winter Olympics come from a business founded in 1851, that’s been supplying them since 1924.  Click any image for a larger view.

Curling is back in the spotlight at the 2022 Beijing Winter Olympics – and all the stones used by the competitors originate from an uninhabited Scottish island.

They are hand-crafted at Kays Curling’s workshop in Mauchline, Ayrshire, using granite from the island of Ailsa Craig. 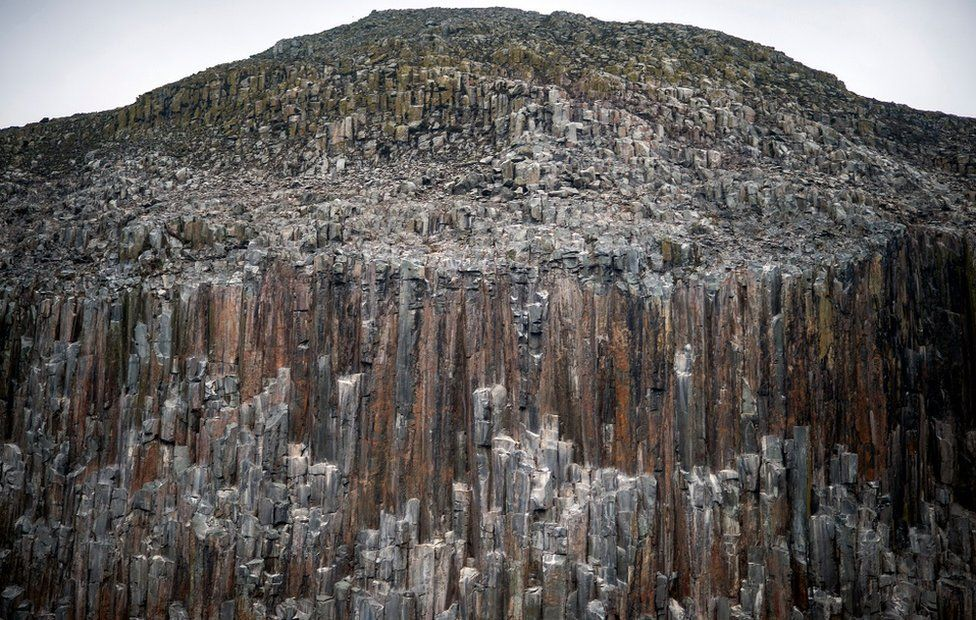 The company’s stones are the only ones used in competition by the World Curling Federation.

Kays Curling was founded in 1851, and has been providing curling stones for the Winter Olympics since the Chamonix Games in 1924.

The company’s director is 72-year-old Jimmy Wyllie, who began working there at the age of 15.

He told BBC Radio’s Good Morning Scotland programme: “The history books tell us that curling stones have been made from Ailsa Craig material for probably at least 200 years now.

“There are two sources on the island and in the good old days you could have a pair made from either.”

Today, those two types of granite are combined to make one stone. Common Green granite is used for the main body, before Blue Hone granite is added. 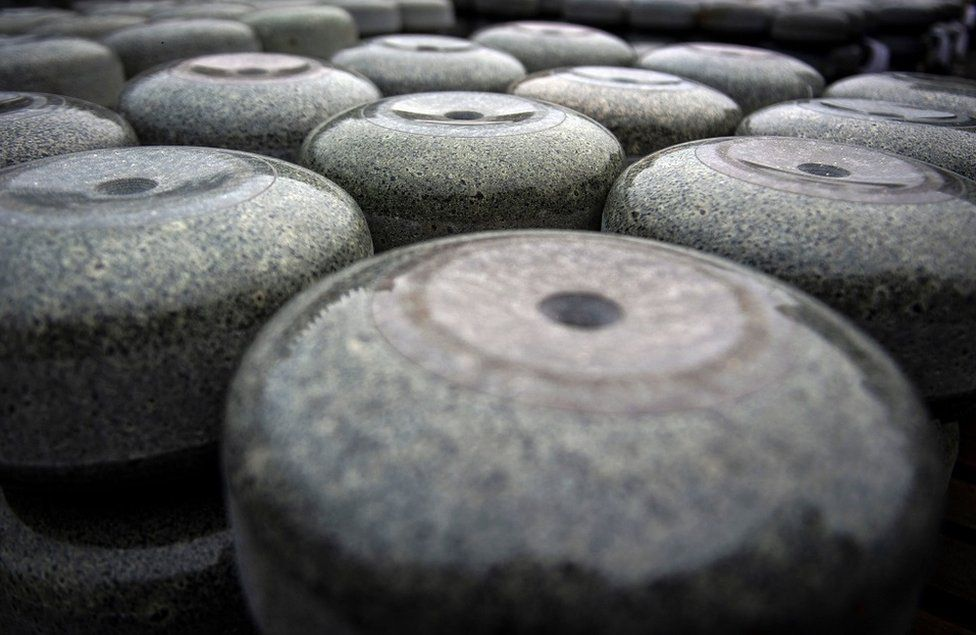 Workers produce one stone per hour, a total of 38 stones a week. Each one is checked for shape and balance to ensure they meet Olympic requirements.

There’s more at the link, including a fascinating series of photographs showing the stones being made by hand in the traditional way.  Some modern tools are used, but all the old ones are still there, in serried ranks along the walls.  It’s a way of life I’d thought long gone, but it supports an Olympic sport to this day.