I have to admit, I boggled when I saw this auction posted on MeWe (courtesy of novelist and friend Michael Z. Williamson). 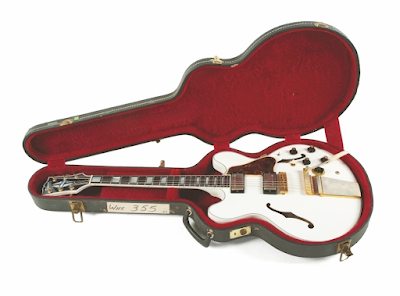 I’m not a musician, just a music lover:  but for the life of me, I can’t understand why someone would pay so vast a sum for a guitar that just happens to have been played by a skilled and well-known musician.  If the instrument itself had some particular value (like, for example, a very rare Stradivarius violin, or an instrument used on a particularly famous occasion and therefore having historical importance), I could understand the price.  However, this one, while customized for Lifeson, is basically a standard unit like thousands of others, with only a few special features to distinguish it.  Anyone could have built a guitar just like it, and still can by retrofitting others from the same production line.  I just don’t get it.  (On the other hand, I also don’t get people who pay a premium for a house that’s been lived in by a famous person, or the car that they drove, or the clothes that they wore.  I mean – a pair of shoes worn [and signed] by actor Michael Douglas while he played the role of Liberace sold for over $1,500.  Are you kidding me?  That price for used shoes???)

Clearly, I’m out of touch with the consumer society . . . for which my wife is doubtless very thankful!