Via an article in the Daily Mail, we learn of a photograph by astronaut Ron Garan aboard the International Space Station (ISS), who took a picture of one of the Perseid meteor shower as it entered the Earth’s atmosphere. There have been many photographs of meteors, but always (as far as I know) from below, taken from the surface of the Earth. This one was taken from above, as the ISS orbited the Earth. 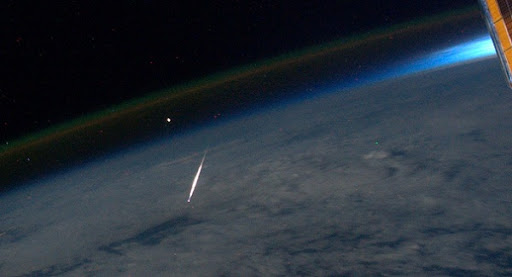 He has many more fascinating images taken from the ISS. For example, here’s Chicago at night. 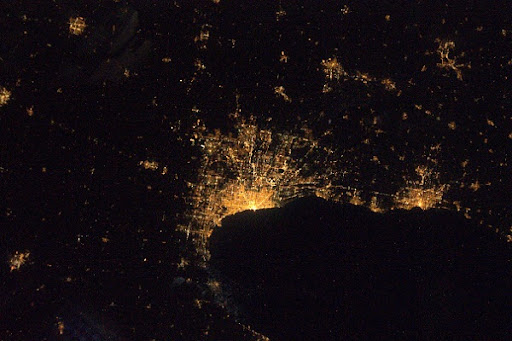 To see these and other images in full size, click on the links above (or go to Mr. Garan’s Twitter feed to select an image), then run your mouse cursor over it and click ‘View Full Size’. They’re worth the effort.