I can only approve of the honest, forthright approach shown by Fenix Ammunition of Michigan.  At a time when many companies and conglomerates are trying to be as “woke” as possible, appealing to liberal buyers, Fenix is unashamedly catering to the opposite side of the political spectrum.  In a series of tweets yesterday, the company made its position clear. 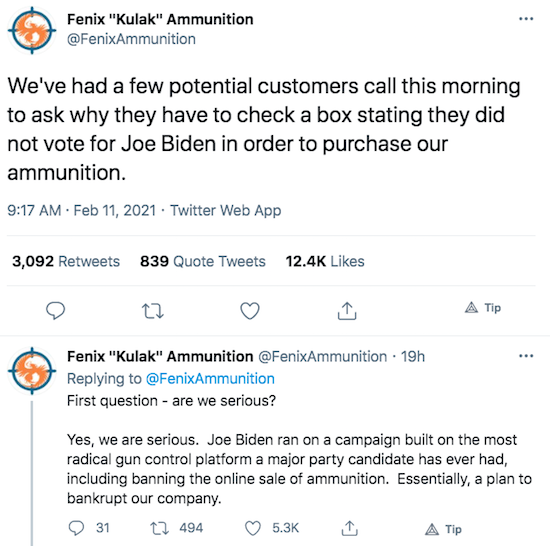 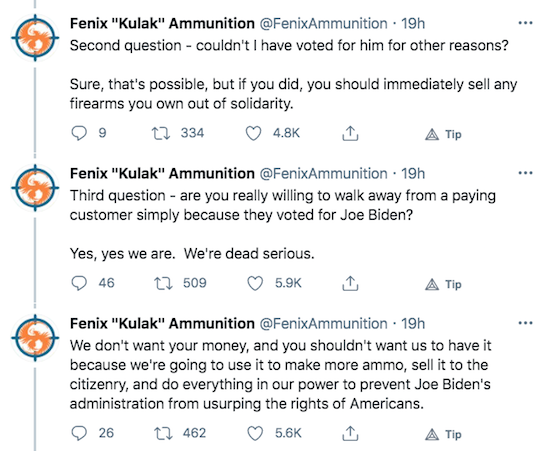 Clearly, its attitude isn’t hurting its sales.  Also from yesterday: 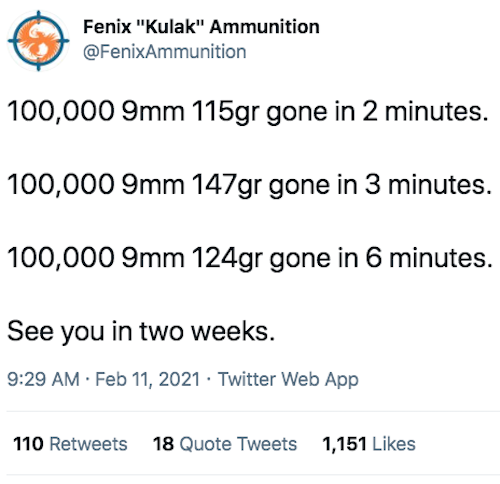 Apparently the company loads ammo like crazy for a couple of weeks, to get to batches of 100,000.  Its customers are pre-registered for e-mail alerts when the next batch is ready for sale.  On the appointed day and time, the order book is opened, and customers shop online.  As the figures above show, it doesn’t last long!

I may have to throw some business their way (not that they need it), just to show my appreciation for their stance.  However, I’m not short of ammo, so perhaps I should leave it for those that are.