Two spot-on tweets from the representative for Kentucky’s 4th Congressional district.  Click either image for a larger view. 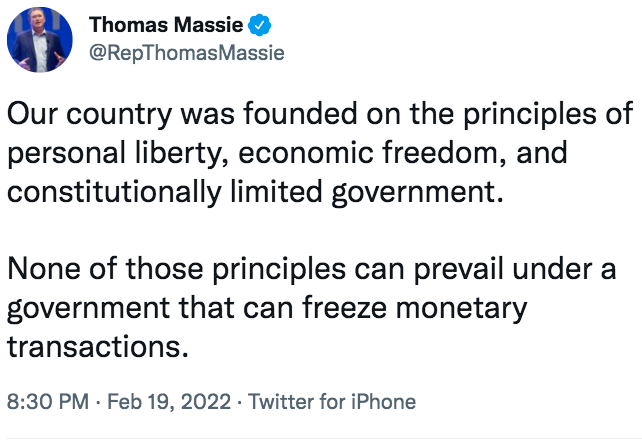 Short, pithy and to the point.  I wish more politicians would follow his example, and be as realistic about current events.

Now that more than half the Members of the Canadian Parliament have voted to support Prime Minister Trudeau (a.k.a. “Mini-Me Castreau”) in his assumption of emergency powers, they might do well to read the second tweet above and ponder it.  I suspect a number of them won’t retain their seats at the next election, because their constituents will be keeping it firmly in mind.