I haven’t had time to select an excerpt from a book for this week’s Snippet.  It’s been a very busy few days.  Therefore, instead I’m going to list a few books by friends that have been published during the past week.  I recommend them all.

Let’s go in alphabetical order of author, beginning with Alma Boykin‘s latest, the sixth in her “Merchant & Empire” series, “White Gold of Empire“. 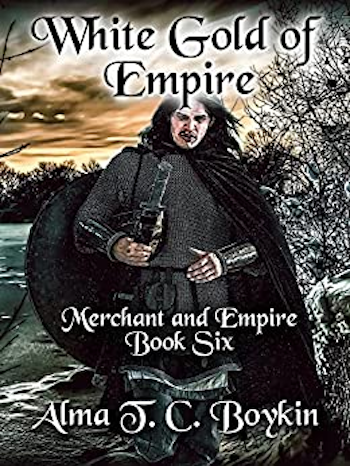 Tarno Halson and the other salt makers of Halfeld Fluss must have wood for the fires to boil spring water into salt. Farmers, builders, smiths, tool-makers, bakers, and all the other trades demand wood as well, and tensions have risen among the trades. Tarno, a widower, also seeks a wife. One of the woodworkers offers—insists on Tarno taking—his daughter’s hand. The arrangement might bring peace between two of the trades.

I particularly enjoy Alma’s “Merchant and Empire” series because it’s solidly based on the merchant and trade economy of medieval and earlier times.  Knowing something about that field, I can find many historical echoes that keep me interested.  Recommended.

Next, there’s a new anthology out, just in time for Halloween:  “It Came From The Trailer Park“.  Stories from members of the North Texas Troublemakers are included, including Lawdog and Old NFO. 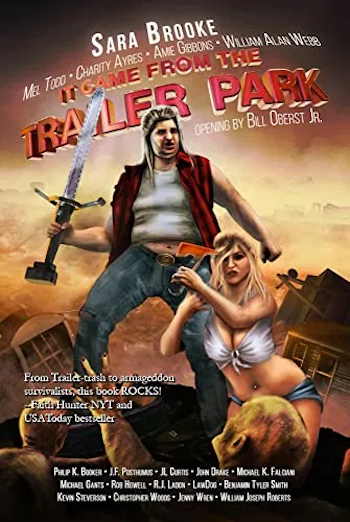 It may be in the “horror” section, but there are lots of laughs in this one too.  The blurb reads:

Do you love sparkly vampires? Well too bad, because you won’t find a single one of those fancy-dancy bloodsuckers anywhere in this collection!

It Came From The Trailer Park began as a fun idea to revisit the Classic Horror and Old-School Creature Feature genres with a hefty helping of B-rate tropes thrown in for good measure. Who doesn’t love a good Bruce Cambell or classic Vincent Price flick on a dark and dreary night?

Emmy award winner Bill Oberst Jr. opens the collection and sets the stage for the stories to come. From aliens to demons to werewolves and so many more, you’re sure to fall in love with these tales of the Macabre.

So come on in. Take a load off. And get yourself ready for nineteen unforgettable tales, straight from the Trailer Park.

More or less scary (and frequently funny) accounts of mayhem and the supernatural.  I helped to critique Lawdog’s and Old NFO’s stories, and cackled muchly.

Finally, Sarah Hoyt has released the fourth volume in her Barbarella graphic novel series, based on a 1960’s science fiction character created by Jean-Claude Forest. 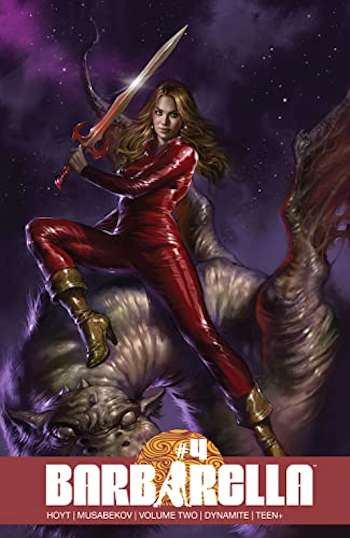 Having come face-to-shocking face with the identity of her would-be assassin, Barbarella’s quest has turned from merely combatting tyranny to one of survival! How handy that the two quests amount to one and the same. Barbarella and Vix follow the trail to Automata, a factory world populated solely by worker drones, which begs the question: do androids dream of electric freedom?

I’m not normally a reader of comics or graphic novels, but for Sarah Hoyt, I’ll make an exception.  She writes well, and has managed to adapt her novelist skills to the graphic field as well.

I hope you enjoy this week’s selections.  I did!