For anyone who believes in the rule of law, events over the past few months have been a horrifying eye-opener.  It’s now very clear that in parts of our country, the rule of law no longer applies – or does so selectively, depending on your political views and/or the color of your skin.  A few recent examples:

I could cite many more examples, but those will suffice to make the point.  There are now parts of the USA where the rule of law is no longer in effect, or at best is selectively enforced.  They tend to be (but are not always) areas dominated by left-wing, progressive politics.  Sadly, that includes most of America’s larger cities.

In some such areas, if you legally and legitimately defend yourself against unjustified, illegal attack (particularly from “protesters” or “demonstrators”, no matter how criminal their conduct), you are at least as likely as your attacker to face charges.  This is usually a politically motivated decision, aimed at discouraging others from defending themselves – or, as the progressive left views it, “taking the law into your own hands”.  In many jurisdictions, the law explicitly recognizes our right to self-defense – but the left is determined to obscure that, and if possible nullify it through politically motivated lawsuits and criminal charges.  (Hello, St. Louis.)  If they can bankrupt enough honest citizens through court costs and lawyers’ fees, and whip up emotions against them through biased, one-sided press releases, they think they’ll intimidate others into shutting up and obeying them.

This is very bad news for all those of us who are determined not to be a victim;  who are adamant that we will not be intimidated by the mob, and are prepared to defend ourselves against it if necessary.  If “demonstrators” walk down our street, see our car parked in front of our home or a business, and trash it or set it on fire to “send a message”, in many areas we will be expected to let them get away with it, and leave any response to the authorities – even if the latter can’t be trusted to respond at all.  (Hello, Seattle.  Hello, Portland.)  If something like this happens to you, and you defend yourself against your attackers, it’s likely you’ll be charged – not them.

Therefore, allow me to explain a few points about self-defense, and defense of your property, in areas where doing so might get you into trouble.  I learned these lessons the hard way in areas of unrest, rioting and violence on another continent, as regular readers will understand.  They kept many honest people alive and out of jail, and they may help you to do likewise.

In general, one can only be convicted of a crime on the basis of evidence.  That may be eyewitness testimony, or surveillance video, or tests of bullets and cartridge cases found at the scene of a crime, or DNA evidence extracted from one’s clothing, or anything like that.  In the absence of evidence, it’s very hard for the authorities to convict a suspect of anything.  Therefore, if you suspect that efforts may be made to convict you of a crime even if you haven’t committed one, it’s a case of “the less evidence, the better”.

You can’t do much about eyewitnesses, particularly if they can’t be trusted to tell the truth.  I won’t even try to address that problem here, except to note that false testimony is a very real risk, particularly in politicized, riotous areas.  You should stay as far away from them as possible!  Also, note that eyewitness testimony is notoriously unreliable.  Witnesses can be “coached” by law enforcement or prosecutors to say whatever they want them to say.  We won’t be able to counter that in the absence of countervailing witness testimony – something that may not be available.  A lot will also depend on how biased the jury may be.  If they’re all politically correct locals, and we’re portrayed by the prosecution as an “outsider”, or painted as a “racist” or “reactionary” or “conservative” . . . you get the picture.

As far as other evidence is concerned, the first thing is to look for what might provide it in your neighborhood, or areas that you frequent.  Are there security cameras on businesses or buildings overlooking where you might have to act?  (Don’t forget innocuous-looking devices such as smart doorbells in residential areas – video from them has been used to catch criminals.)  What about cameras mounted on light poles or buildings to cover the street?  Many big cities now have thousands of them in law-enforcement-monitored networks, as well as gunfire location systems to detect when and where firearms are used, and send responding officers straight there.  If you use a firearm to defend yourself, you may be recorded on video and audio by such systems, providing evidence that may be used to identify, arrest and convict you.  Therefore, if you might have to take such action, you’ll need to take that into account – particularly by avoiding areas where those are major concerns, or remaining as concealed as possible, or making yourself hard to recognize, while doing what’s necessary and exiting the area.

(Law enforcement is already voicing concerns that face masks, mandatory in many areas thanks to the COVID-19 pandemic, will stop facial recognition systems from working correctly.  I imagine large, dark sunglasses in combination with a face mask will render one almost unrecognizable.  See?  Even pandemics have upsides!  However, facial recognition isn’t the only risk.  Gait analysis can also be used to identify you in security camera footage.  There are ways to defeat such analysis, but we don’t have space or time to go into them here.)

Of course, you may be fortunate enough to find yourself in an area where someone has disabled such systems.  A camera with paint sprayed on its lens can’t record anything.  A gunfire location system with non-functional microphones can’t hear anything – particularly after silenced .22 rifles have been used to shoot the microphones.  Gang-bangers in many inner-city areas, both in the USA and abroad, routinely use such measures to protect themselves from surveillance.  Extraneous interference can also temporarily disable such systems.  For example, during the recent July 4th celebrations, there were reports that fireworks going off in close proximity to gunfire location systems, and in large quantities, confused their sensors and operators so much that they could no longer perform their primary function.

If you’re forced to use a firearm to defend yourself, forensics experts can tie bullets at a crime scene to your weapon, and therefore to you.  Bullets will have marks on them from the feed ramps and rifling of your weapon.  However, bullets may not be recovered;  or, even if they are, they may have deformed to such an extent that such marks are no longer clear (e.g. hollow- or soft-point ammo that expands and/or fragments in the body).  Cartridge cases from semi-auto weapons are far more of a forensic threat.  They will show the impact of the firing pin on the primer;  scratches from steel magazine lips during the loading and feeding process;  marks from the chamber walls;  and more scratches and marks from the extractor and ejector after firing.  Both bullets and cartridge cases may bear the fingerprints and/or skin oils and flakes of the person who loaded them into a firearm (although wiping the round carefully before it’s loaded, and using gloves while doing so, will remove most of those traces).

The obvious answer is not to leave cartridge cases behind.  However, you may not have time to look for them before you have to leave.  Revolvers don’t eject them automatically, which may be a useful advantage.  AR-15’s and similar weapons can be fitted with so-called “brass catchers” to collect empty cases as they’re ejected, like this one. 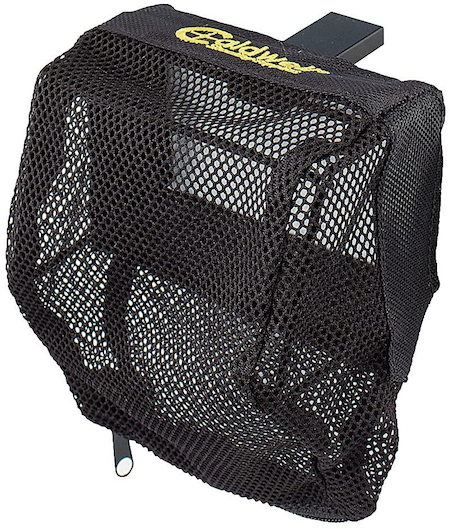 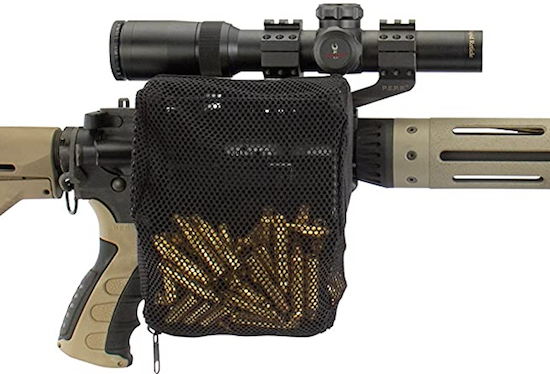 Some models (see, for example, this one) don’t require a rail mount;  they use a strap with a hook-and-loop fastener to secure themselves, allowing them to be used with almost any long gun, even some shotguns or lever-action rifles.  I would regard brass catchers as an absolutely essential precaution in any area of the USA bedeviled by a “politically correct” law enforcement and/or prosecution environment.  (They’re also very useful if you want to stop hot cartridge cases from hitting other people, for example at a shooting range with other shooters next to you, or if you may have to fire your weapon from within a vehicle and don’t want hot brass bouncing around inside.)

By observing such precautions, law-abiding citizens fearing persecution from a law enforcement system that’s become biased and one-sided can help to make unjust, partisan charges against them much harder to bring, and even more difficult to prove.  Sadly, in this day and age, in some jurisdictions, that’s no longer a far-fetched, remote possibility.

(EDITED TO ADD:  I’ve written a follow-up article answering readers’ questions and going into more detail.  Please read it in conjunction with this one.)