I’ve just finished three days of purgatory, trying to sort out the bugs and problems besetting a manuscript before running it through a publishing program to produce print- and e-book-ready files.  The manuscript is for my wife’s third novel, “Going Ballistic“, which was published in e-book format last year. 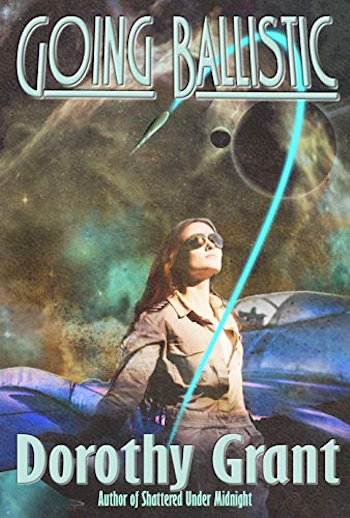 Due to a number of factors, she wrote it over time in segments and sections, using different software packages to do so, then combined them into a single file.  There were immediate problems with the “final” version:  quotes that were sometimes straight (“) and sometimes curly (“), the same with apostrophes, double spaces interspersed with single spaces in the text, and some really baffling pagination errors.  We managed to get the e-book version published, but I just couldn’t get the print version (which would be in Adobe’s PDF format) to typeset properly.  Under the pressure of COVID-19 and related health issues, that had to be put on the shelf for a while.

Three days ago, I tackled the manuscript file.  I began by trying global search-and-replace fixes for quotes, apostrophes, etc., only to find to my astonishment that they didn’t work.  I’ve never found a manuscript before that actively resisted replacing punctuation like this.  It seemed almost to have a will of its own!  For example, when I tried to replace a straight quote mark with a curly one, the curly mark would be inserted after the straight one, but would not replace it, so that I now had two marks.  Also, if I wanted to insert a comma or a full stop or a space, very often the characters would be inserted before the quote mark, even if the cursor wasn’t positioned there, and would insert themselves in reverse order to how I typed them.  Weird!

Frustrated, I began on Page 1 and started to do a one-by-one replacement of the offending errors.  Not only was this very slow, but it seemed to upset something in the manuscript and/or program logic, particularly when I altered pagination marks or chapter breaks.  Changes dragged on and on, not taking place immediately, but producing a “working” or “wait” symbol while they were processed.  Routine backups of the file every ten minutes began to take thirty to forty-five seconds to execute, during which time I couldn’t do anything else;  and when I manually saved the file, the same delays occurred.  On two occasions, my word processing program (LibreOffice) crashed completely.

It was obvious that hidden code in the manuscript file was messing up the entire process.  I therefore saved the file every few pages.  Every 50-odd pages I copied all its text to memory, then pasted it without formatting into a brand-new file with a new version number.  I saved the old versions as backups, of course.  I’d got to Version 5 by the time I fixed the last error, after many hours of line-by-line editing and replacing.  However, the moment I fixed the last error and copied the text to the final version of the draft, all the weird problems suddenly went away.  Saving became a half-second affair, global search and replace worked as it should, and all the previous complications became merely an unpleasant memory.

I’ve no idea what could have caused such issues.  I’ve never had a file behave like that in my life before!  Can any reader suggest what might have crept into a simple DOCX format file that might cause it to (mis)behave that way?  I’m at a loss to figure it out, except to assume that extraneous code had crept in from the multiple programs used to produce the text.  (The original segments were produced in Windows 10 using packages such as Notepad [TXT format files], Wordpad [RTF format] and LibreOffice [ODT format], then imported into and combined in Libreoffice before being exported to an MS Word [DOCX format] file.)

Fortunately, Miss D. has now adopted a different document processor (Jutoh) to produce her manuscripts (sadly, she doesn’t like LibreOffice – which I use – or MS Word, and neither of us like Scrivener, another popular standard).  Jutoh produces clean files with no complications – at least, so far.  Thank heavens for small mercies!

As soon as we’ve checked and double-checked the revised manuscript file, we’ll use Vellum publishing software to put out a new edition of the e-book (if you’ve already bought it, yours should be updated seamlessly), and a print edition as well.  Miss D. is almost ready to publish her fourth novel, set in the same world as “Going Ballistic” and involving one of the characters from that book.  Look for a launch announcement here within a few weeks.  She’s also working on a fifth, to complete a trilogy in that setting, involving a character from the fourth book.  She’s been hard at work writing, and I’ve been hard at work preparing her files for publication.  I’ve also got my own works in progress; I’m preparing to publish a number of them at roughly one-month intervals from the fourth quarter onward.

There’s no peace for the wicked, it seems – either of us!