I note with distaste that the neighbors of the St. Louis couple who used firearms in a show of force to defend their home against rioters last weekend have issued a cringing, groveling statement of apology.

“Some of us choose to speak up following the horrific event that transpired on Sunday evening near our homes. As the undersigned, we condemn the behavior of anyone who uses threats of violence, especially through the brandishing of firearms, to disrupt peaceful protest, whether it be in this neighborhood or anywhere in the United States,” the letter read.

“As residents of Westmoreland Place,” they concluded, “we seek positive action and constructive dialogue that builds and maintains a civil and good society.”

How very courageous of the McCloskey’s neighbors.  I can only suggest that the couple consider a change of residence, because the rest of Westmoreland Place appears ready to throw them to the wolves.

In the cities and towns around here, we’d have the opposite problem.  Peaceful protest, respecting individual and property rights?  No problem at all.  Many of us would probably join in if it’s a cause we support – and the police tactics used in the Floyd case are worth protesting.  However, when it comes to rioting as opposed to peaceful protest, all bets are off.  Break and enter private property?  Threaten its occupants?  Like hell!

I think local cops’ biggest problem would be to keep the rioters alive and out of hospital, because at least half the homes on most streets would disgorge armed residents of all races, determined – and very well equipped – to protect what’s theirs.  (The other half would be passing out burgers and hot dogs, iced tea and ammunition to the defenders.  They’d also be keeping score.  Betting might even be involved.)  That may, of course, be one reason why the rioters haven’t tried their luck in these parts.  They know the price they’d have to pay for their shenanigans.

If you live in a place where you can’t rely on its residents to uphold and defend the law and stand by their neighbors, may I suggest it’s time, and long past time, that you considered moving?

The same goes for crime-ridden cities.  If their administrations care so little for their people that they leave them at the mercy of criminals, why should you reward them with your rates and taxes – not to mention expose yourself and your family to that level of risk? 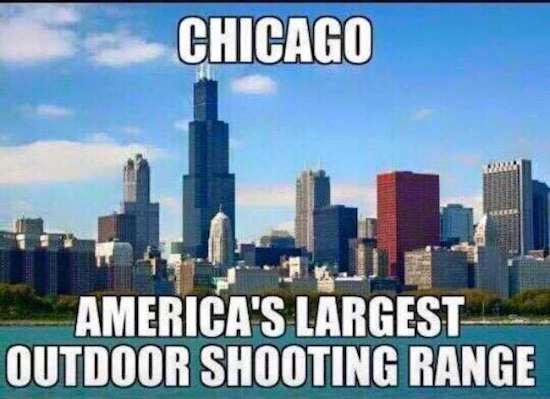