I generally don’t like watching videos to get news and/or background information.  They’re usually far too long, with too few facts stuck between a lot of verbiage that’s of no interest at all.  I prefer to read the transcript, so I can pick out the nuggets and ignore the dross.

However, some videos are an exception to that rule.  This one, featuring Peter Ziehan, is particularly good.  In an hour-long discussion, he examines the Ukraine war and its fallout as far as global geopolitics are concerned.  He’s got a very extensive background in the field, and I subscribe to his (free) daily newsletter about world events (I highly recommend them, if the field interests you).  He’s about to release his latest book, “The End of the World is Just the Beginning” (which I’ve already pre-ordered), and discusses parts of it in this video. 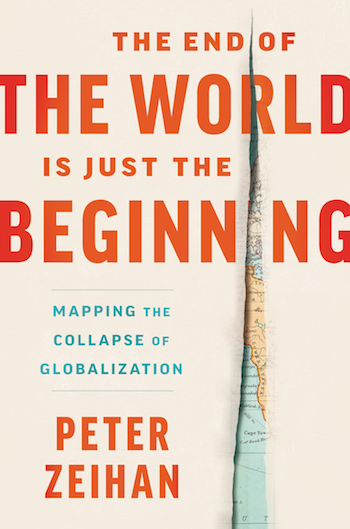 Here’s the video.  Enjoy – and listen carefully.  There’s an awful lot of meat on the bone in this one, and it repays attention.