While our senile President blathers on about 9mm “blowing out your lung” (it won’t) and threatening more gun control measures, I found two observations over the long weekend that sum up the futility of the latter option.  Click either image for a larger view. 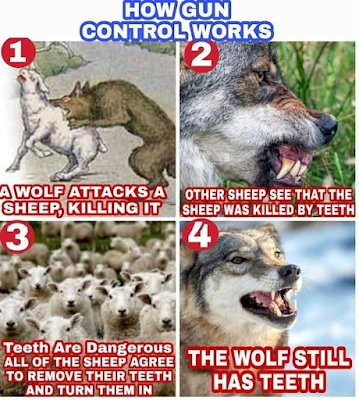 And from the Latino Rifle Association: 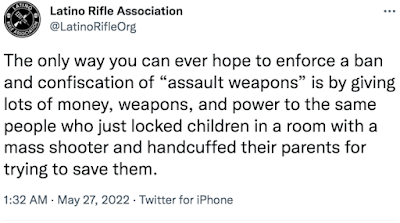 Both all too true – not that gun-grabbers will ever concede either point . . .

Ask yourself this question.  If the state severely restricts firearm possession, and it emerges (as it undoubtedly will) that those measures do nothing whatsoever to reduce crime or violence, do you really think the gun-grabbers will be honest enough to admit they were wrong, and revoke the restrictions?  Like hell they will!  They’ll double down, and demand yet more restrictions, because they can never afford to admit, even to themselves, that they were wrong.  They’re operating on a doctrinaire, ideological basis, rather than one founded in empirical reality.

The truth is not in them.