I had to laugh when I learned, courtesy of an article at Gizmodo, that the idea was not far-fetched.  In fact, an artist at DeviantArt, DrFaustusAU, has drawn the book in Dr. Seuss’s inimitable style, complete with rhyming verses!

Here’s the cover and a sample of an interior double-page spread.  Click each image for a larger view. 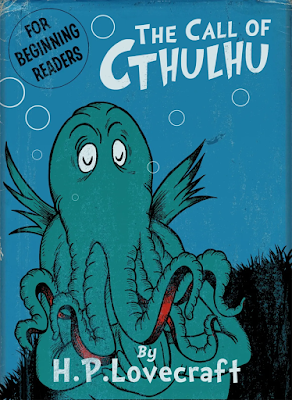 There are many more drawings in the article, and also at the project’s Web page.  Enjoy!