The Intrepid Reporter, whom we’ve mentioned several times in these pages, is fighting a legal battle to gain legal custody of one of his grandchildren.  It’s a horror story of competing interests, different laws in multiple jurisdictions, bureaucrats and emotions that’s been painful to follow.  You can read about it here at the fundraiser he’s launched to deal with legal and other costs. 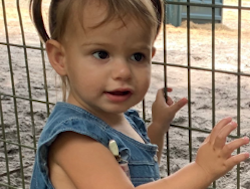 To summarize, his granddaughter was spirited out of his state, Florida, by her mother, who took her to Tennessee.  He and his wife followed, and gained a brief legal respite, but the child has since been taken in by Child Protective Services while the matter is being resolved.  She appears to have already suffered some harm from the process and the stress.  How it will turn out is anybody’s guess, but all we can do is hope for the best for the poor girl.  It’s always the kids who are the real victims in something like this.

At any rate, having followed the saga for a long time through his blog posts, I’m going to support his efforts, and donate to his fund-raiser.  I’ll be very grateful to you, dear readers, if you’ll please consider doing the same.  We can’t help everyone in this world, but now and again we get the chance to make a difference for someone.  I think this is one such occasion.

(Oh – one last thing.  The amount the fundraiser is trying to achieve is a guesstimate.  Legal fees and other costs can amount to many times that total.  I know.  As a pastor, I’ve been involved in several such cases, and I’ve learned the hard way how expenses can spiral.  Therefore, even if the target amount is shown as having been reached, please donate anyway.  I’d say the odds are all too high that the costs will exceed the target.)