Left-wing city governments around the country are talking about cutting police budgets and using “interventions” by non-police to deal with “lower-level” calls for help.  The latest example is Los Angeles, yesterday:

Quite how they’re going to determine or classify the nature of such calls before an officer arrives is not explained – particularly because, as any policeman will tell you, a situation can go from flat calm to a hurricane in a matter of seconds.

Be that as it may, I’ve seen several memes like this circulating on social media in response to such developments. 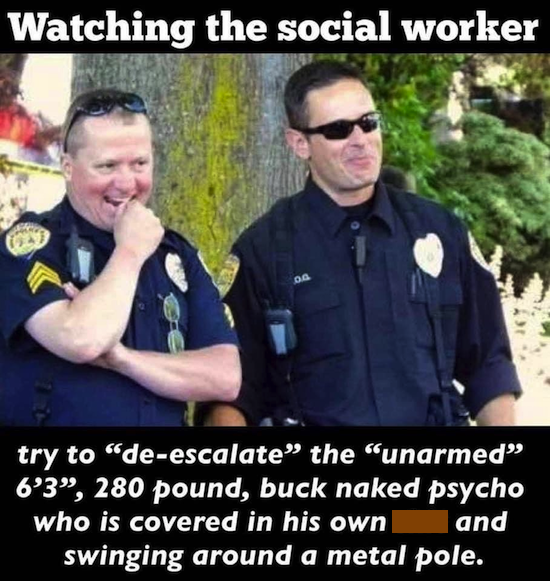 Somehow I think cops are going to have a great many more entertaining moments like that, as the politically correct social workers victims discover that criminals don’t give a damn about their “de-escalatory” presence!