The First Battle of Fort Sumter, in 1861, kicked off the first American Civil War.

The Second Battle of Fort Sumter, in 1863, saw Union forces attack the Confederate occupiers of the fort.

The Third Battle of Fort Sumter didn’t take place at the fort at all.  It took place in Washington D.C. on January 6, 2021, when “America’s ruling class” raised a decisive, defiant and derogatory middle finger to everyone in this country who demands participatory democracy;  everyone in America who refuses to be ruled by diktat or told what to think (despite all evidence that contradicts the politically correct message).

Let us be quite clear. 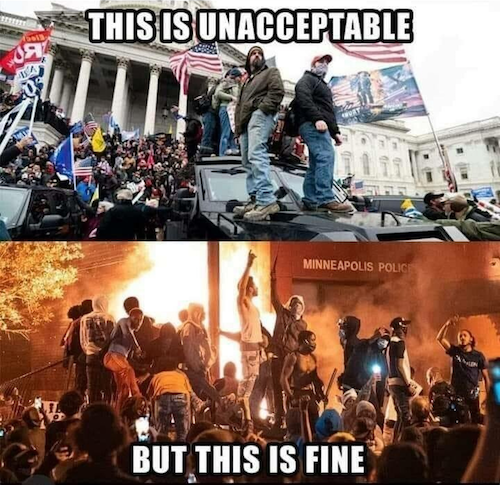 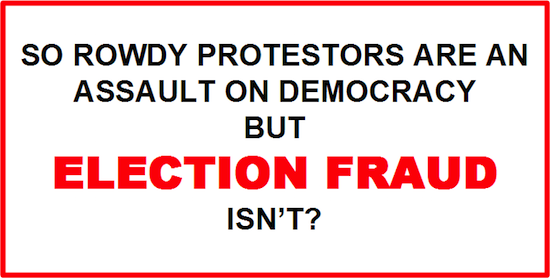 So . . . where to from here?  If our “ruling class” has decisively lifted their collective middle fingers to the rest of us, how do we stop them from running the country for their benefit rather than ours?  I advanced some ideas yesterday, but they may already have been overtaken by events.  What next?

Here are a few ideas.

What about more “kinetic” measures?  I’ve been in three civil war situations during my life.  I’ve seen at first hand the havoc, destruction, misery and catastrophe that accompany them.  I have little doubt that we’re in for some of that in this country as well – but it won’t be like the first American Civil War.  It’ll be more like the Balkans in the 1990’s, where regions will fight against their neighbors.  The region can be suburb against suburb, town against town, state against state, but will most likely not involve armies and military operations.  It’ll be a fourth-generation warfare struggle, where anywhere and everywhere can become the front line at any time.  Thuggery and low-level terrorism are more likely than set-piece battles.  I’ve already written at some length about what I see coming.

A friend posted this meme on MeWe overnight: 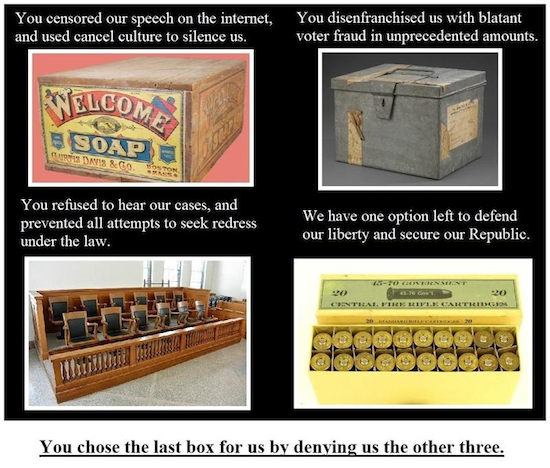 I think a lot of people are feeling that way this morning.  Whether or not you do, dear reader, I suggest that conflict is now upon us.  It can no longer be avoided.  Each and every one of us will be forced to take a stand, whether we want to or not.  We’ll have to go with the vision of our Founding Fathers, and defend our constitutional republic and individual rights;  or we’ll have to abandon their vision, and instead work for political correctness, socialism and the domination of the individual by the group.

Whether or not our choice involves violence, we have to make it.  It’s no longer possible to stand idly by and let others do their thing.  We’re all involved now.  The Uniparty made its choice clear yesterday.  What is our – your – response?

In the face of dissent, the first instinct of illegitimate leadership is to crack down on the population, but crackdowns never make it better. They always make the country more volatile and more dangerous. The people in charge rarely understand that. They don’t care to learn or listen, because all of this conversation is a referendum on them and their leadership. So they clamp down harder.

This is the Romanov program, and it ends badly every single time. But that doesn’t mean they won’t try it again. Of course they will, because it’s their nature. It’s how we got here in the first place.

Millions of Americans sincerely believe the last election was fake. You can dismiss them as crazy. You can call them conspiracy theorists. You can kick them off Twitter. But that won’t change their minds. Rather than trying to change their minds, to convince them and reassure them that the system is real, that democracy works — which you would do if you cared about the country or the people who live here — our new leaders will try to silence them.

What happened Wednesday will be used by the people taking power to justify stripping you of the rights you were born with as an American: Your right to speak without being censored, your right to assemble, to not be spied upon, to make a living, and to defend your family.

These are the most basic and ancient freedoms that we have. They’re why we live here in the first place. They’re why we’re proud to be Americans. They’re what make us different, and they’re all now in peril.

When thousands of your countrymen storm the Capitol building, you don’t have to like it. We don’t. You can be horrified by the violence, and we are.

But if you don’t bother to pause and learn a single thing from your citizens storming your Capitol building, then you’re a fool, you lack wisdom and self-awareness, and you have no place running a country. We got to this sad, chaotic day for a reason.