Following Chris Cuomo’s dismissal by CNN last December, the network’s head honcho, Jeff Zucker, announced his resignation yesterday after it became known he was having an intimate relationship with a subordinate that he should have acknowledged, but didn’t.  It’s rumored that Cuomo’s lawyers may have cited Zucker’s relationship in their negotiations with CNN and its owner, AT&T, over the former’s dismissal, which may have led to the latter’s quitting. 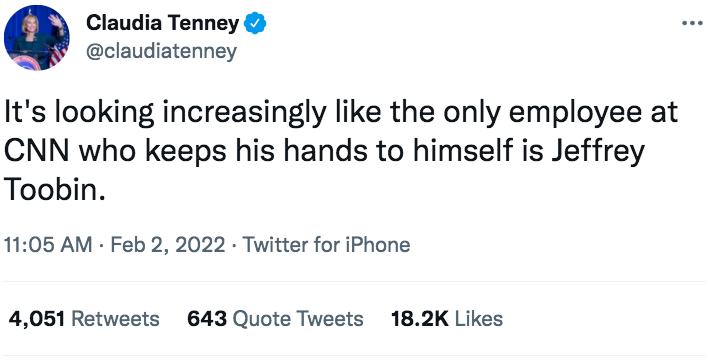 (In case you’ve forgotten it, Toobin’s scandal is described here.)