Many of my readers doubtless enjoyed the made-for-TV movie series based on Bernard Cornwell’s “Sharpe” historical novels. 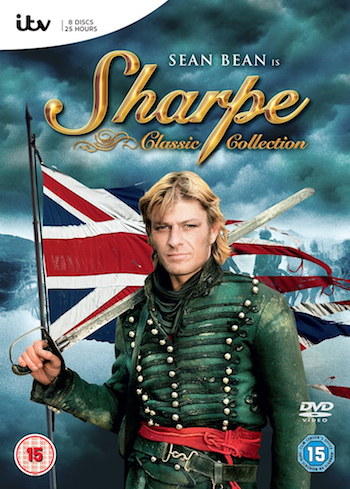 John Tams‘ adaptation (including new lyrics) of an old English folk tune, “Over The Hills And Far Away“, became one of the theme songs of the series, and quite a popular hit besides.  He co-wrote the music for the series as well as acting the role of Daniel Hagman in many of its movies.

I thought readers might enjoy learning a bit more about that song.  It goes way back to pre-Renaissance times.  The oldest version I could find on YouTube performs it as it was known in the 1600’s.

The song has long had a martial tradition, associated with soldiers leaving home to go and fight in foreign wars.  Here’s a modern instrumental rendition by the band of the Royal Scots Dragoon Guards.

And to conclude, here’s the man who re-popularized the tune for all of us.  John Tams sings his version of the song from the “Sharpe” movies before a live audience.

The collected music of the “Sharpe” series was released as a CD in 1996, and is still available (albeit expensive).  There are also several of John Tams’ albums and songs, which lovers of English folk music will enjoy.